Is Delta 8 THC Legal in Michigan?

In the State of Michigan, Delta 8 can be sold and purchased legally. Read this article for more information about what you need to know before buying or selling Delta 8 in Michigan!

Yes, Delta 8 THC is legal in the State of Michigan.

In Michigan, Delta 8 is allowed. As the School of Medicine at Wayne State University proclaims: delta-8 THC is unregulated in Michigan. The state's Regulatory Reform Committee hasn't voted on whether to present Delta-8 legislation, but many experts believe that at some point, state lawmakers will ban it and make it illegal. As of now, though, buying a Delta 8 THC product made from legal hemp material is not unlawful in the state.

As one of the derivatives of hemp, Delta-8 THC is considered a minor cannabinoid which is found naturally in the industrial hemp plant. The industrial hemp commodity became federally legal due to the president signing the 2018 Farm Bill which made hemp-derived products legal as long as the delta-9 tetrahydrocannabinol concentration (Delta 9 THC) does not exceed the .3% threshold. As Delta-9 THC is explicitly regulated, it had many wondering about Delta 8 legal concerns.

Due to the pharmacological activity reported from tetrahydrocannabinols, lawmakers were urged to voice their stance on tetrahydrocannabinol. The chemical in marijuana that is known for its psychoactive component is usually referred to by name as Delta-9 THC, and this is how lawmakers defined regulated levels in the federal 2018 Farm Bill. Michigan lawmakers took that guidance prescriptively as the tetrahydrocannabinol isomer to monitor on the state-level, too. With both Delta-9 and Delta-8 having a similar chemical structure, it was always known that a similar "high" could be experienced with Delta-8 derived from natural hemp, though lawmakers hadn't specified it by name in the law.

Being a natural cannabinoid compound found in industrial hemp, Delta-8 became legal along with the non-psychoactive cannabinoid, CBD. Without naming Delta-8 as a hemp derivative to be regulated, a Delta 8 THC product could be purchased legally as long as the Delta 9 THC content remains at or below the .3% threshold.

Michigan Delta 8 THC laws might change, but they haven't yet.

Michigan defines hemp in the same way as federal law. It’s legal so long as it meets certain requirements, including that any Delta-9 THC can not be more than 0.3% of its weight and if grown in accordance to an Act approved by state officials. The Act No. 641 covered the state's stance on industrial hemp, was signed by the Governor in 2018 and became law in January 2019.

In the Act, industrial hemp is defined as the following:

Additionally, the Public Health Code Act 368 of 1978 was amended to state the following:

"Marihuana" means all parts of the plant Cannabis sativa L., growing or not; the seeds of that plant; the resin extracted from any part of the plant; and every compound, manufacture, salt, derivative, mixture, or preparation of the plant or its seeds or resin. Marihuana does not include the mature stalks of the plant, fiber produced from the stalks, oil or cake made from the seeds of the plant, any other compound, manufacture, salt, derivative, mixture, or preparation of the mature stalks, except the resin extracted from those stalks, fiber, oil, or cake, or any sterilized seed of the plant that is incapable of germination. Marihuana does not include industrial hemp.

With this legislation, lawmakers effectively are following the guidance as prescribed in the 2018 Farm Bill for just limiting the levels of Delta-9 THC to .3% for hemp-derived products; Delta-8 THC is not currently regulated in the state.

The 2014 Agricultural Act (Act 547) made it legal to cultivate hemp in the state so long as you are registered and licensed per its guidelines. The law now stipulates that all hemp products must be grown and manufactured according to the state’s plan, which means industrial hemp is completely legal.

The Industrial Hemp Program is under the authority of the Department of Agriculture & Rural Development of Michigan. The program offers a lot of useful information on licensing, certification and other helpful guides such as mailing raw industrial hemp in the state.

Buying and Shipping Delta 8 in Michigan

Since Delta 8 is legal in the State of Michigan, residents can purchase Delta 8 products with a shipping address located in the state, as industrial hemp products are allowed in the State.

Michiganders show their support of Delta 8 and pushing towards better Hemp Laws in the state. Check out some of the standout organizations in Michigan: 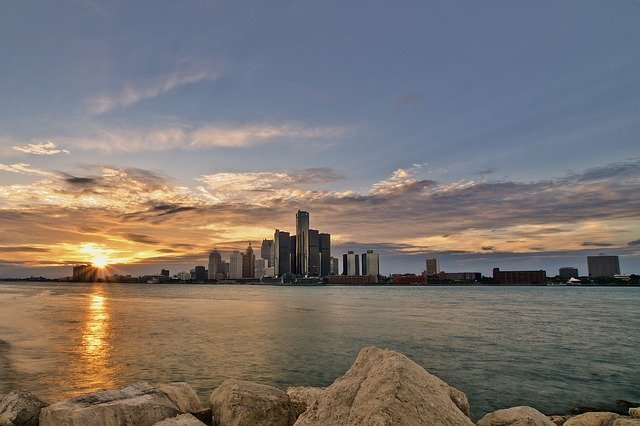 “Its cousin, Delta-9 THC, is the primary form of THC found in most marijuana products. Current law doesn’t prohibit the sale of Delta-8."
- Steve Neavling MetroTimes.com

Work in more on where to buy delta 8 in michigan, and delta 8 thc for sale michigan options for the next time the page is updated.