Is Delta 8 THC Legal in Wisconsin?

We look at what the law says about the legality of buying, selling and using Delta-8 THC in the State of Wisconsin.

Yes, Delta 8 THC is legal in the State of Wisconsin.

Delta-8 THC is legal according to the state law of Wisconsin. Similar to the federal laws on Delta-8, Wisconsin legalized all industrial hemp derivatives, including all tetrahydrocannabinols (except Delta 9 THC).

Wisconsin has a statute which involves industrial hemp production titled, Chapter 94 - Plant Industry and the 2019 Senate Bill 188 (SB 188) which made the state's law consistent with the federal 2018 Farm Bill.

SB 188 gained bipartisan support and passed with a vote of 31 to 2. The bill was later signed into law by Governor Tony Evers.

The SB 188 involves minor changes in language, as well as removing requirements for the need of a doctor's prescriptions, as it states:

Uses the term “hemp” instead of “industrial hemp” throughout current law

and defines “hemp” as “Cannabis sativa L. and any part of that plant, including the

salts of isomers, whether growing or not, with a delta-9-tetrahydrocannabinol

[THC] concentration of not more than 0.3 percent on a dry weight basis or the

maximum concentration allowed under federal law up to 1 percent, whichever is

greater.” The bill also provides that “hemp” does not include a prescription drug

product approved by the U.S. food and drug administration.

...In this section, “ hemp” means the plant Cannabis sativa L. and any part of that plant, including the seeds thereof and all derivatives, extracts, cannabinoids, isomers, acids, salts, and salts of isomers, whether growing or not, with a delta-9-tetrahydrocannabinol concentration of not more than 0.3 percent on a dry weight basis or the maximum concentration allowed under federal law up to 1 percent, whichever is greater, as tested using post-decarboxylation or other similarly reliable methods. “Hemp” does not include a prescription drug product that has been approved by the U.S. food and drug administration.

With these changes to the law, it's clear that lawmakers are strictly focused on the delta-9 tetrahydrocannabinol concentration levels for the state of Wisconsin, just as they are intended to be analyzed on the federal level. By state law, a cannabis-derived substance must be at or under the .3% delta-9 THC concentration limit in order to be legal. There is not any restriction on the amount of delta-8 THC concentration levels which are used for producing Delta 8 THC Products.

The State of Wisconsin Department of Agriculture, Trade and Consumer Protection (DATCP) has a State Hemp Research Program which provides details on how eligible residents can participate in the relatively new program. Additionally, the DATCP provides program data (shown below) which shows the popularity of the program and results obtained thus far. 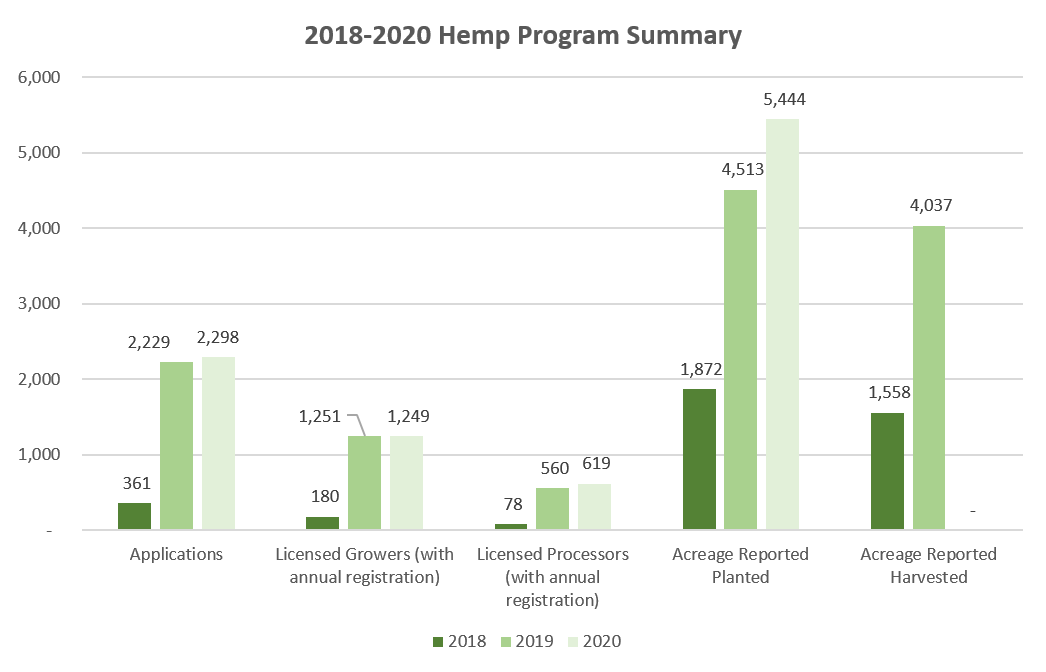 The State of Wisconsin also collaborates with the University of Wisconsin-Madison in providing an extension program under the Wisconsin Hemp Division of Extension. This extension program provides many resources for detailing the types of products that the hemp plant can produce, the maximum concentration of Delta 9 THC allowed, as well as details for the use of cannabidiol product specifications for manufacturing CBD-infused products.

Together, the State and educators help to spell out the details many residents have concerning cannabis, in general. As both, the State and college aim to dispel myths surrounding the cannabis plant, for lawmakers,these changes also necessitated the need to change the language within the Uniformed Controlled Substances Act for the State of Wisconsin.

“Cannabidiol product” means a derivative or extract of the plant Cannabis sativa L. that contains cannabidiol and a delta-9-tetrahydrocannabinol concentration at a level without a psychoactive effect.

“Marijuana" means all parts of the plants of the genus Cannabis, whether growing or not; the seeds thereof; the resin extracted from any part of the plant; and every compound, manufacture, salt, derivative, mixture or preparation of the plant, its seeds or resin, including tetrahydrocannabinols. “Marijuana" does include the mature stalks if mixed with other parts of the plant, but does not include fiber produced from the stalks, oil or cake made from the seeds of the plant, any other compound, manufacture, salt, derivative, mixture or preparation of the mature stalks (except the resin extracted therefrom), fiber, oil or cake or the sterilized seed of the plant which is incapable of germination. “Marijuana” does not include hemp, as defined in s. 94.55 (1).

Other illicit drugs which could manifest into drug crimes are listed, as well as drug testing policies (including independent drug testing), as it pertains to controlled substances, however, the concentration for hemp is focused solely on Delta-9 THC for hemp products.

The laws on cannabis are constantly evolving, and as more lawmakers push for both medical marijuana and recreational use in the state, we're sure to see more movement towards deregulation in the state.

Buying and Shipping Delta 8 in Wisconsin

Since Delta 8 THC is both federally legal and legal in the state, you can buy delta 8 THC in Wisconsin. As long as your shipping address is in Wisconsin, you purchase products online with no concerns.

Wisconsinites are proud of their progress over the years of spearheading legislation pertaining to Delta 8 THC and industrial hemp, in general. Below are some of the supportive groups that should be applauded for their efforts:

The costs of legalizing marijuana in Wisconsin

Wisconsin Governor Will Include Marijuana Legalization In Budget Proposal Next Week 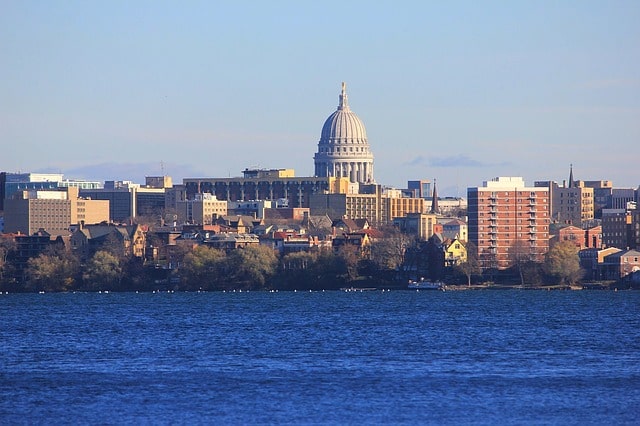 “Did you know that even in Wisconsin, anyone can get legal tetrahydrocannabinol (THC), which provides a legitimate and legal high? You can even have it delivered to your door by USPS, all without breaking any law."
- Jean-Gabriel Fernandez ShepherdExpress.com