Is Delta 8 THC Legal in Minnesota?

The State of Minnesota allows Delta 8 THC. The US Farm Bill made industrial hemp-derived products federally legal as long as the Delta 9 contents remain under .3% Delta-9 THC, but some States have their own laws regarding these products in the State. Unlike CBD, Delta 8 THC is psychoactive and will get you high.  Delta 8 is one of the many types of Tetrahydrocannabinols (THC) which are legal in the state.

Both Delta 8 and Delta 9 are types of THC which are permitted as long as they meet the federal limits as specified in the 2018 Farm Bill.  Delta 8 and Delta 9 are both naturally occurring compounds found in the hemp plant.  Thankfully for many Minnesota residents, adults can choose a Delta 9 THC buy online option rather than needing to go into a dispensary.  Similarly, the hydrogenated for of THC, Hexahydrocannabinol (HHC), is also permitted and provides similar effects as Delta 8 and Delta 9.  With so much buzz surrounding the Delta 8 cannabinoid, many people want to know where does it say that Delta-8 THC is legal in the State of Minnesota?  Learn about the current legislation and regulations on buying and selling Delta 8 in Minnesota.

Yes, Delta 8 THC is legal in the State of Minnesota.

In Minnesota, Delta 8 is allowed. Due to pharmacological activity reported in Delta-8 content, some liken it to the same psychoactive "high" experienced using products with high Delta-9 content. Since hemp material derived from the industrial hemp plant became federally legal because of the president signing the 2018 Farm Bill into law, lawmakers needed to revisit hemp regulation in the state.

To do so, lawmakers needed to define their stance on tetrahydrocannabinol as both Delta-8 and Delta-9 are forms of tetrahydrocannabinols found naturally in the industrial hemp plant. Unlike other states which specified other psychoactive cannabinoids such as Delta-8 THC to be banned in their states, Minnesota did not specifically identify any other psychoactive cannabinoids other than Delta-9 THC, as it was prescribed in the federal 2018 Farm Bill.

With the Farm Bill, essentially all types of hemp-derived extract, trans tetrahydrocannabinol, hemp compound and even the raw hemp flower became federally legal, as long as the Delta-9 THC levels don't exceed the .3% threshold as measured on a dry weight basis. Therefore, any hemp derivative, including CBD, CBG, Delta 10, and Delta 8 became legal unless otherwise banned by individual state laws.

Additionally, since Minnesota permits medical marijuana in the state, there needed to be a distinction between cannabis and the purchase of hemp. The limits for hemp differs from that of products originating from cannabis material. The state's hemp plan helped to formulate the procedure to assess standard hemp and what constitutes a legal hemp product in Minnesota.

Though the chemical structure is similar, there's only one type of legal high which is federally legal -- Delta 8 THC -- and Minnesota is officially in the hemp market today.

Minnesota updated their hemp legislation in response to the 2018 Farm Bill to legalize the industrial hemp with a Delta-9 THC concentration below 0.3%. Since medical marijuana is allowed in the state, legislators needed to differentiate the laws as it concerns federally legal cannabinoids found in the industrial hemp plant. Article 151.72 of the 2020 Minnesota Statutes does that by defining the sale of cannabinoid products.

In 151.72 SALE OF CERTAIN CANNABINOID PRODUCTS, it states:

"Hemp" has the meaning given to "industrial hemp"

This section applies to the sale of any product that contains nonintoxicating cannabinoids extracted from hemp other than food that is intended for human or animal consumption by any route of administration.

It defines intoxicating cannabinoids for testing as:

The federal limit of Delta-9 THC is .3%, as stated in the 2018 Farm Bill. Though Delta-8 THC is also considered to some as an intoxicating cannabinoid, the State of Minnesota only regulates the Delta-9 THC portion.

In the 18K.02 Definitions portion of the 2020 Minnesota Statutes, it states following:

Therefore, as we can only go by the law as it is written, Delta-8 THC remains legal in the state, as the state does not specify Delta-8 THC as a cannabinoid to regulate.

State legislators have met with criticism along the way with allowing all cannabinoids in the hemp plant to be legal in Minnesota. In fact, the Minnesota Board of Pharmacy advised legislators about the risk on January 14, 2019.

In "CBD from Industrial Hemp", among other things, the Minnesota Board of Pharmacy advised lawmakers:

Whether this advice fell on deaf ears or was strongly considered by lawmakers before their vote, we'll never know. The Minnesota's Board of Pharmacy report was also released in their April 2019 compliance newsletter monthly edition.

In 2018, the state of Minnesota amended its Industrial Hemp Development Act to exclude hemp and derivatives containing less than 0.3% Delta-9-THC by weight from the Controlled Substances Act.

Tetrahydrocannabinols derived from hemp are listed as an exception to the list of controlled substances in the State.

Marijuana. "Marijuana" means all parts of the plant of any species of the genus Cannabis, including all agronomical varieties, whether growing or not; the seeds thereof; the resin extracted from any part of such plant; and every compound, manufacture, salt, derivative, mixture, or preparation of such plant, its seeds or resin, but shall not include the mature stalks of such plant, fiber from such stalks, oil or cake made from the seeds of such plant, any other compound, manufacture, salt, derivative, mixture, or preparation of such mature stalks, except the resin extracted therefrom, fiber, oil, or cake, or the sterilized seed of such plant which is incapable of germination. Marijuana does not include hemp...

Additionally, Minnesota laws classifies Delta-9-THC above 0.3% as a controlled substance, but hemp which has less than 0.3% Delta-9 THC is defined as legal hemp in this state.

Buying and Shipping Delta 8 in Minnesota

Since Delta 8 is legal in the State of Minnesota, residents can buy Delta 8 products with a shipping address located in the state. A Delta 8 THC product like a nano Delta 8 tincture or hemp flower bud can be possessed without a medical card, as long as the product does not exceed .3% Delta-9 THC.

Minnesotans are continually supportive of Delta 8 and pushing progress towards better Hemp Laws in the state. Check out some of the standout organizations in Minnesota:

Minnesota Takes A New Approach, Legalizing THC Only In Food And Drink

Minnesota lawmakers greenlight THC from hemp for adult use

'It meets the legal definition of a drug': Minnesota regulators seek to rein in delta-8 THC

NewsMD podcast 'The Health Variant' episode: 'Why Is Delta-8 So Popular?'

Minnesota based cooperative partners with market leader in hemp production 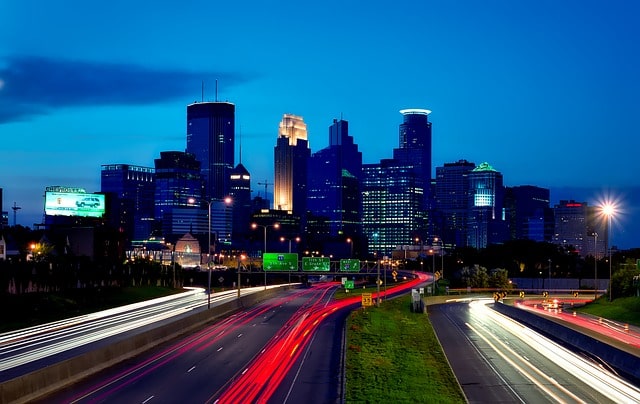 “Delta 8, known as 'weed light,' promises a milder high than marijuana, with less of the uncomfortable paranoia."
- Tom Lyden Fox9.com