Is Delta 8 THC Legal in Louisiana?

Delta 8 is legal in Louisiana. Delta 8 THC is an intoxicating substance that can get you high if consumed, and it's federal legality until the 2018 US Farm Bill which made hemp-derived products like Delta 8 THC legal (as long as the Delta 9 contents remain under the .3% threshold, as measured on a dry weight basis). This article will take a look at what we know so far about the legal hemp-derivative in Louisiana.

THC comes in many different forms, including, Delta 8 THC, Delta 9 THC and the hydrogenated THC version which is Hexahydrocannabinol (HHC).  All of these types of cannabinoids naturally come from the industrial hemp plant, as all naturally occur in some form within the plant itself.  For example, a hemp-derived Delta-9 product was illegal for many years until the Farm Bill was signed into the law by the president which essentially opened the door for all hemp cannabinoids.

So with all of these cannabinoids able to be used for an euphoric experience, we wanted to look the the books in Louisiana to see whether Delta 8 is truly legal in the state.

Yes, Delta 8 THC is legal in the State of Louisiana.

In Louisiana, Delta 8 is allowed. Hemp legal questions have been coming up in Louisiana since the passing of the 2018 Farm Bill, which federally legalized all forms of industrial hemp in the USA. According to the 2018 Farm Bill, the industrial hemp exemption to note is that all products must not exceed .3% delta-9 tetrahydrocannabinol (Delta-9 THC) concentration, as stated in the documents. As there's more than one form of THC, it puzzled some as to why the Delta-9 THC level is regulated while other forms of THC, such as Delta-8 THC, is not regulated. In rolling-out the state's plan, state lawmakers needed to determine their stance on tetrahydrocannabinols.

Both the Delta-8 content and Delta-9 content of Tetrahydrocannabinols in hemp act similarly to those found in marijuana -- as both types provide psychoactive effects for the user. Delta-8 effects is what often times attracts users to try it as it provides steady effects, and as one of the cannabinoids of hemp, it is technically legal at the federal level-- but what about at the state-level in Louisiana?

Louisiana Delta 8 THC Laws provide favorable conditions for Delta-8 THC users as the state treats isomers of hemp as legal hemp material when derived from the industrial hemp plant. As hemp-derived tetrahydrocannabinols have become more popular with some questioning their legal status, we want to chime-in and share some insights.

In 2019, House Bill No.491 set the tone for where Louisiana would be in handling hemp within the state borders. Serving to both remove industrial hemp from the list of controlled substances, while also creating a pathway for residents to participate in the new legal industrial hemp industry, the Act redefined what hemp meant for the state.

In the bill, it defines industrial hemp as the following:

"Industrial hemp" means the plant Cannabis sativa L. and any part of that plant, including the seeds thereof and all derivatives, extracts, cannabinoids, isomers, acids, salts, and salts of isomers, whether growing or not, with a delta-9 tetrahydrocannabinol (THC) concentration of not more 0.3 percent on a dry weight basis.

Louisiana defines hemp as Cannabis Sativa L with any extract, isomer, salt, or other derivative occurring from the industrial hemp plant that has Delta-9-THC at less than 0.3%.

Further, additions from the previous versions were added with this bill, including:

produced from hemp grown by a licensee authorized to grow hemp by the United States Department of Agriculture, or under an approved state plan pursuant to the Agriculture Improvement Act of 2018, P.L. 115-334, or under an authorized state pilot program pursuant to the Agriculture Act of 2014, P.L. 113-79. Industrial hemp shall not include plants of the Genus Cannabis that meet the definition of "marijuana" as defined in R.S. 40:961.

With this addition, it served two objectives:

Hallucinogenic substances along with the possession of marijuana remain Schedule I Drugs in the state, though Louisiana has exempted hemp-derived products such as Delta-8-THC from the Controlled Substances list. This means that as long as Delta-8-THC is derived from industrial hemp, it is legal in Louisiana.

Buying and Shipping Delta 8 in Louisiana

Louisianians are continuously supportive of Delta 8 and pushing progress towards better Hemp Laws. Check out some of the standout organizations in the State:

Cajun case study: How Louisiana is taking a different approach to regulating D-8 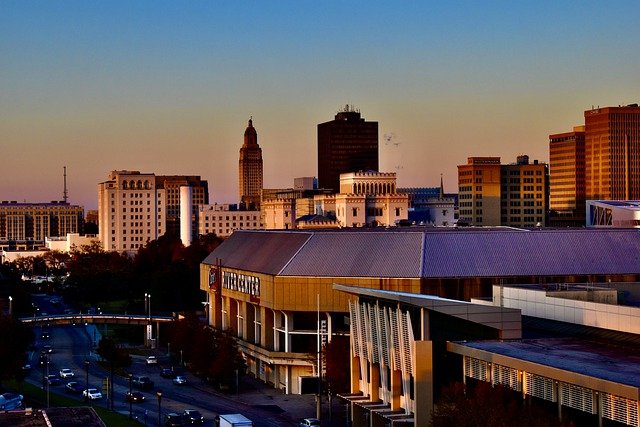 “The super-popular Delta-8 THC is like two glasses of wine and a warm blanket."
- Dominique Michelle Astorino InStyle Magazine