Trainwreck hemp is a sativa-dominant strain of cannabis known for its powerful and euphoric effects. It was originally bred in the Arcata area of California, and it's thought to be a cross between Mexican and Thai sativas with an indica hybrid. 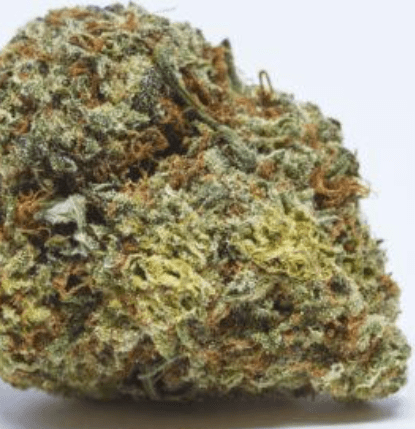 The Trainwreck strain is commonly found within HHC Hemp Flower. The strain is a great choice for when using legal hemp flower products.

Some people say Trainwreck is best smoked at night because of its strong, full body high that leaves you relaxed but not couch locked. It can also leave you very giggly and talkative, which may be why some people use Trainwreck as a party strain before going out or listening to music. The average THC content for this strain ranges from 15% to 25%, so novice smokers should take it easy until they know how their bodies react to the drug.

Trainwreck is one of the most popular strains in California, where it's called "couch-lock cannabis." And while some novice smokers may find this strain too strong, experienced users love its powerful high that leaves them euphoric and relaxed. This Sativa-dominant hybrid has a full body high that will leave you sedated but not couch locked. Its THC content can average up to 25%, so novice consumers should take caution until they know how their bodies react to the drug.

The best thing about Trainwreck marijuana is how quickly it takes effect. The effects usually come on within minutes, making it an ideal smoke for when you need relief fast.

What strain is Super Silver Haze?

As one of the hybrid strains, it provides the cerebral effects you might be looking for. The euphoria-inducing strain provides minimal side effects, apart from the body buzz, with minimum reported adverse effects. User reviews credit this strain for its Trainwreck's energy-inducing effects.