The Pineapple Express strain of hemp is a hybrid cross between the Hawaiian and Trainwreck strains. It produces powerful effects that include extreme euphoria, deep relaxation and increased creativity. Some people report feelings of laziness when coming down from the high after using this product. It is often described as having fruity flavors similar to pineapple or mango with an earthy pine flavor. This strain has the ability to relieve the user's stress while causing them to feel extremely happy at the same time.

Back to Dharma D8 Strains 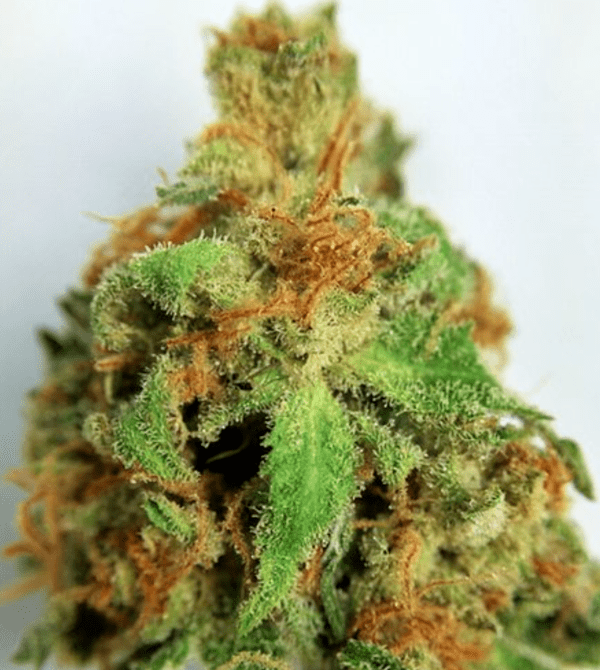 The Pineapple Express strain is commonly found in Delta 8 Flower. The strain is a great choice for using Delta 8 THC products.

Pineapple Express has become increasingly popular in the last decade. It was ranked #16 in High Times' list of Top 20 Most Popular Strains in 2014, and it won 1st place for Best Sativa at the 2011 Cannabis Cup in Amsterdam. It is used medically to help treat patients with conditions that include chronic pain, nausea and migraines. This variety of marijuana is also good for treating patients who are suffering from depression or lack of appetite due to their illness. The product helps stimulate creativity when users engage in artistic activities such as painting or drawing after use, which makes this strain an excellent choice among artists particularly those involved with music or film creating.

Although this strain contains high levels of THC users should exercise caution when consuming Pineapple Express for the first time due to its powerful effects on the mind and body. This variety has become quite popular because of its intense euphoric sensations that are often described as electric happiness throughout the entire body. Additionally, some negative effects include dry mouth and red eyes, paranoia, dizziness and headaches if too much is consumed.

What strain is Pineapple Express?

Pineapple Express strain THC is a lot like the THC you might've experienced with fine cannabis products. You've probably heard of strains like Pineapple Haze (for a pineapple cartridge), pinapple haze and may have even tried pineapple express vape -- but have you tried the flower itself?

Related to Purple Haze vape (for a purple haze cartridge) and also a purple vape pen, in fact, by looking at the Delta 8 Pineapple Express reviews out there, you'll learn how Dharma's flower stands a part from the competing brands.

Pineapple Express strain effects include dry mouth, cerebral effects and psychoactive effects to feel the real high it provides. Now, there's no reason to contact the local drug dealer because this strain can be purchased in most states online.