Is Delta 8 THC Legal in Oregon?

Oregon is a state that has its own set of laws regulating the sale and possession of cannabis products. The recent legalization of recreational marijuana in Oregon has created a new market for these products, and Delta 8 THC is one such product. But what does this mean for the legality of Delta 8 THC in the state? Let's explore the legalities behind buying and selling Delta 8 THC in Oregon.

To start, we'll explore how the state views Tetrahydrocannabinol (THC), in general.  Since the most popular form of THC is Delta-9-THC (D9), it makes since to start there, first.  The HB 3000 on Adult Use Cannabinoids was adopted in June 2021 and addresses how both Delta-8 and Delta-9 is viewed in the state.  Due to how the state views D9 THC and D8 THC, D9 products are lawful as long as they meet lawful limits.

Yes, Delta 8 THC is legal in the State of Oregon.

In Oregon, Delta 8 THC is allowed. This comes as great news for Delta-8 THC users who at one point were concerned about whether the cannabinoid hemp product is legal in the state. Since hemp-derived Delta-8 THC comes from usable hemp originating from industrial hemp stalk, Oregon has no other current laws beyond what the federal 2018 Farm Bill specifies which is to ensure the products don't exceed the federal limit for Delta-9 THC which is .3% as measured on a dry weight basis.

With Delta-8 THC made for human consumption, we understand you may have questions regarding it's legality in the state. From Portland to Medford, Oregon Delta 8 flower and all of the hemp-derived edibles it provides are now available for sale within the state.

Is an Oregon Delta-8 Ban coming?

In a news release by the Oregon Liquor Control Commission (OLCC), which monitors the state's legal cannabis and alcohol industries, the agency announced its concern with Delta-8 THC being unregulated and urged state lawmakers to introduce new legislation to help regulate Delta 8 THC Products within the state. Some media outlets proclaim these limits would target banning Delta 8 THC Products for people under 21 years old. There are other media outlets suggesting that lawmakers would be introducing legislation for having state-licensed cannabis companies producing the products. And still other media outlets are suggesting that the legislation would focus on where the product could be sold such as OLCC-regulated retailers, instead of un-regulated convenience stores.

As it stands now, the legislature is only a couple steps away from passing a new bi-partisan bill which would regulate Delta-8 THC in the State of Oregon. Sponsored by Representatives Wilde, Morgan and Leif, House Bill 3000 would provide the following:

In the latest version of the bill, it provides the following:

With these new rules, essentially lawmakers will be giving authority to the OLCC to monitor concentration levels of the newly-created definition of "Adult Use Cannabinoids". An age limit of 21 years or older seems to be coming with this new legislation. Additionally, people of all ages will be required to have the certificate of analysis (CoAs) on-hand to verify the potency of the products purchased.

Regulation could help the entire industry in formalizing standards, and Oregon is leading the charge. Instead of a "ban", legislation seems to be focused on how to keep Delta-8 THC legal, but keep it out of the wrong hands. Now let's transition to current laws as they're written and enforced today.

Hemp legality in Oregon has been updated to clarify the difference between hemp and marijuana. This new law broadens legal availability of hemp products so long as they are manufactured according to Oregon’s regulations.

According to Chapter 603 Division 48 on Industrial Hemp, it provides the following definitions:

“Total THC” means the molar sum of THC and THCA.

By definition, the State of Oregon monitors Delta-9 THC and THCA which are technically different molecules than that of Delta-8 THC.

“Industrial hemp”:
Means all non-seed parts and varieties of the Cannabis plant, whether growing or not, that contain an average tetrahydrocannabinol concentration that does not exceed 0.3 percent on a dry weight basis.

With these rules in place, it helps to provide clarity why hemp-derived Delta-8 THC is legal in the state. As any compounds from industrial hemp are legal so long as they don't exceed .3% Delta-9 THC, as defined in the previous example, a hemp item falls under either of the two categories above.

Usable hemp transformed from the plant such as hemp extracts, hemp concentrates or a hemp edible are referred to as Industrial hemp commodities. A cannabinoid hemp product such as hemp-derived Delta-8 THC, as one of the natural isomers of hemp plant is protected by the rules as it is defined as a hemp cannabinoid product.

On the other hand, flowers of hemp, industrial hemp leaves or hemp stalk itself fall under "industrial hemp" which is limited to not exceed .3% Delta-9 THC.

The 2018 Farm Bill gave the Department of Agriculture regulatory authority over the cultivation of hemp in the state. Today, the Oregon Industrial Hemp Program provides resources online for hemp growers, handlers and testing laboratories in the state. Additionally, the Department of Agriculture works alongside partners on both the state-level and federal-level in order to oversee the compliance for participants in the program.

Buying and Shipping Delta 8 in Oregon

Since Delta 8 is legal in the State of Oregon, residents can shop for Delta 8 THC products with a shipping address located in the state. Delta 8 THC Products derived from the industrial hemp plant do not require any special card in order to purchase either in-store or online.

Oregonians are continuously showing support of Delta 8 and pushing progress towards better Hemp Laws in the state. Check out some of the standout organizations in Oregon:

This State Is First In Nation To Ban Synthetic Weed Products: Delta-8 Is Out Starting In July

Oregon ban on synthetic cannabis products will be nation’s first

What does House Bill 3000 mean for Oregon’s hemp industry?

What Is Delta-8? Get to Know Weed’s Next Big Cannabinoid

THE RISE, FALL AND REIMAGINING OF HEMP 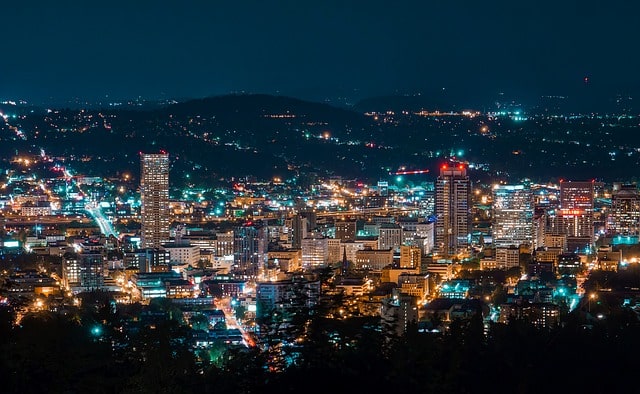 “"It was like this little mood boost," Symonds says of her experience with delta-8. "I felt altered, but I didn't feel impaired at all. My functioning was fine, but I just had a little floatiness to my day."
- A.J. Herrington Willamette Week