Is Delta 8 THC Legal in Maryland?

The State of Maryland has favorable legislation when it comes to Delta 8 THC. So, is Delta 8 legal in Maryland? Yes, but you'll have to learn about the current laws and regulations first.

Yes, Delta 8 THC is legal in the State of Maryland.

In Maryland, Delta 8 is allowed. As one of the isomers of hemp with psychoactive effects, residents of Maryland have been searching for answers regarding the legality of Delta-8 content in the state. With recent hemp legislation happening both at the state and federal-level, the purchase of hemp has been top-of-mind for many residents, though, it's imperative to seek out legal hemp products as deemed by the State of Maryland.

With the new hemp plan enacted, the limits for hemp entail restrictions on the Delta-9 content of the hemp material, as lawmakers do not have specific rules regarding the Delta-8 effects derived from the industrial hemp plant. It's up to state legislators to depict the difference between hemp and marijuana in the state. As industrial hemp derivatives are federally legal due the the president signing the 2018 Farm Bill which became the law of the land, Maryland followed suit in restricting solely the Delta-9 THC content type of tetrahydrocannabinols, which makes Delta 8 THC Products legal in the state.

The state’s definition for hemp included any industrial hemp with less than 0.3% Delta-9-THC by weight, meaning that Delta 8-THC, which is an existing hemp isomer, is now legal in Maryland.

It was House Bill 1123 which helped to bring forth the progressive Act to both remove industrial hemp from the Controlled Substances Act and define the type of tetrahydrocannabinol (THC) the state would regulate moving forward.

Among other things, the Act eliminates hemp-derived cannabinoids with the following:

“Marijuana” does not include... [the plant Cannabis sativa L. and any part of such plant, whether growing or not, with a delta–9–tetrahydrocannabinol concentration that does not exceed 0.3% on a dry weight basis] HEMP AS DEFINED IN § 14–101 OF THE AGRICULTURE ARTICLE.

In 14-101 of the Agriculture Article, it defines the following:

[“Industrial hemp”] “HEMP” means the plant Cannabis sativa L. and
any part of [such] THAT plant, INCLUDING ALL DERIVATIVES, EXTRACTS,
CANNABINOIDS, ISOMERS, ACIDS, SALTS, AND SALTS OF ISOMERS, whether growing or not, with a delta–9–tetrahydrocannabinol concentration that does not exceed 0.3% on a dry weight basis.

The state’s new legislation aligned with the federal definition for hemp—any industrial hemp material with less than 0.3% Delta-9-THC is legal. All extractions, derivatives, cannabinoids (including Delta-8-THC), and all the other isomers are also now legal in Maryland with this legislation.

With House Bill 443 being introduced in 2016, it allowed institutions of higher education in Maryland to grow hemp for academic research purposes. The House Bill 698 expanded on that act to permit individuals to plant, grow, harvest, possess, process and buy hemp grown under the program so long as it follows state guidelines. This became the law and was approved by the Governor in 2018.

Now, the Maryland Industrial Hemp Program is fully operational and is now accepting new applications for the 2021 growing season.

Maryland's legislation specifically defines the differences between marijuana and hemp material, which it states is "the plant Cannabis sativa L. and any part of THAT plant" with a delta-9 tetrahydrocannabinol concentration that does not exceed 0.3%. By definition Delta-8 THC when derived from hemp is not a controlled substance in the state, which is reassuring for Delta-8 THC users.

Buying and Shipping Delta 8 in Maryland

Since Delta 8 is legal in the State of Maryland, residents can purchase Delta 8 THC products with a shipping address located in the state or buy in-store as Delta-8 THC is allowed in the State.

Marylanders are continuously supportive of Delta 8 and pushing progress towards better Hemp Laws. Check out some of the standout organizations in the State:

Warnings about pediatric poisonings from legal and illegal THC edibles

Multi-state cannabis operators are rapidly expanding in Maryland. Here's why. 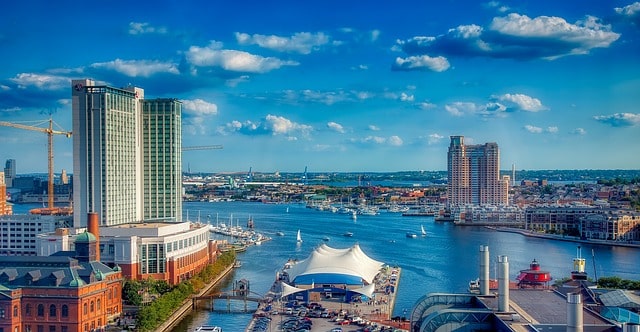 “Experts polled shortly after the November election had considered Maryland as one of the states most likely to approve a recreational marijuana market in 2021."
- MJBizDaily