Is Delta 8 THC Legal in Hawaii?

Both types of THC including Delta-8 and Delta-9 THC can be purchased legally in the State of Hawaii.  Delta-8's closest substitute is Delta-9 THC where fans of this cannabinoid can actually place a Delta 9 online order and receive psychoactive products in the mail.  Everyone is talking about the new cannabinoid to hit the islands.  But first, everyone wants to know: is this stuff legal?

Yes, Delta 8 THC is legal in the State of Hawaii.

In Hawaii, Delta 8 is allowed. The up-and-coming cannabinoid derived from industrial hemp material, Delta-8 THC, is one of the tetrahydrocannabinols in hemp that is having a moment. Due to it being psychoactive, Hawaiians have wondered whether this particular cannabinoid known to get users "high" is considered possession of marijuana or is legal in the state. As experts in Delta-8 THC, we wanted to share insights gathered when it comes to buying Delta-8 THC in Hawaii.

With the president signing the 2018 Farm Bill into law, legal hemp products became available to the hemp and Delta-8 market. The restriction provided by the federal government specifically stated to limit the total delta-9 tetrahydrocannabinol concentration (Delta-9 THC) level to not exceed .3% as measured on a dry weight basis.

State lawmakers then took that guidance to determine the requirements for their own state's hemp plan. Thanks to Hawaii's lenient hemp laws, lawmakers' stance on tetrahydrocannabinols is clear: tetrahydrocannabinols from hemp are legal as long as the Delta-9 THC portion remains under .3%, despite its pharmacological activity.

Leaf materials and synthetic substances are off the table, too, in the state and you must have a license in order to grow your own hemp plants. Cannabinoids of hemp, including minor cannabinoids such as Delta-8 THC, are legal in Hawaii. This is exciting news as there are many forms of tetrahydrocannabinols for users to enjoy and with the .3% Delta-9 THC being one of the few limits on hemp, it allows the purchase of hemp by adults in the free market.

Hawaii has legalized hemp, amending the state’s Controlled Substances Act to include a clear distinction between hemp and marijuana. With the passage of bill HB2689, the agricultural definition of hemp was designated as all Cannabis Sativa material containing less than 0.3% delta-9-THC by weight.

"Marijuana" does not include [the]:

(3) Hemp that is in the possession, custody, or control of a person or entity that is authorized under state law to process hemp; or

(A) Does not include any living hemp plants, viable seeds, leaf materials, or floral materials; and

(B) Has a delta-9 tetrahydrocannabinol concentration of not more than 0.3 per cent on a dry weight basis, as measured post-decarboxylation or by other similarly reliable methods."

(A) Does not include any living hemp plants, viable seeds, leaf materials, or floral materials; and

(B) Has a delta-9 tetrahydrocannabinol concentration of not more than 0.3 per cent on a dry weight basis, as measured post-decarboxylation or by other similarly reliable methods."

According to the law, Delta-8 THC derived from industrial hemp is legal, as long as the person isn't possessing floral/leaf materials. Therefore, stay clear of any Delta-8 Flower, but other Delta-8 THC products shouldn't be an issue in the state. Lawmakers in the state of Hawaii have fully legalized hemp, by defining it according to the federal definition and they also removed hemp-derived cannabinoids from their list of Controlled Substances.

In 1999, the legislature passed a bill which would allow a three year study which was privately funded. With this legislation, Hawaii became the first state to plant hemp since WWII. After the success of the results for the three year study, on December 14, 1999 Governor Cayetano proclaimed "National Industrial Hemp Day Hawaii." After 15 years, in 2014, Senator Gabbard introduced legislation which led to Hawaii's Industrial Hemp Act.

After 47 pieces of legislation, today the State of Hawaii Department of Agriculture manages the state's official industrial hemp program. Now locals can participate in the legal hemp market in Hawaii by following the guidelines they provide online.

With the hemp legislation, lawmakers also amended the clause about tetrahydrocannabinols in the new Controlled Substances Act to exclude hemp-derived tetrahydrocannibinols, meaning what was once a controlled substance is now legal and can be grown freely within state lines.

Buying and Shipping Delta 8 in Hawaii

Since Delta 8 is legal in the State of Hawaii, residents can shop Delta 8 products with a shipping address located in the state and also purchase in-store.

Hawaiians are continuously supportive of Delta 8 and pushing progress towards better Hemp Laws. Check out some of the standout organizations in the State:

The Medical Cannabis Coalition of Hawaii 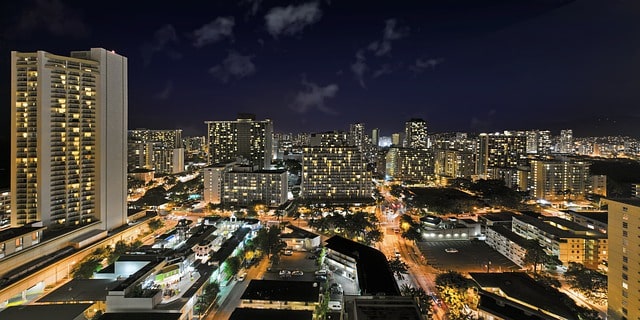 “A number of pot lovers have found another way to legally buy and sell a less-potent version of marijuana using a legal loophole in the 2018 Farm Bill, which inadvertently legalized a potent and popular cannabinoid known as Delta-8 THC."
- Jeremy Glass yahoo! life