Is Delta 8 THC Legal in Connecticut?

Delta 8 THC is a type of industrial hemp that has been made legal in the State of Connecticut. Delta 8 is federally legal because it falls under the .3% threshold for Delta 9 THC, which means that as long as you are not buying any products with over 0.3% Delta-9 Tetrahydrocannabinol (THC), then you are legally allowed to sell and possess these products. This includes CBD oils and edibles with low amounts of THC, like, Delta 8 THC.

Yes, Delta 8 THC is legal in the State of Connecticut.

In Connecticut, Delta 8 is allowed. The popular hemp-derived psychoactive cannabinoid, Delta-8 THC, is having a moment as a spike in interest across the state has spawned Delta 8 legal questions concerning this new discovery of legal "weed lite". With the federal 2018 Farm Bill allowing for the commercial processing of hemp across the nation, industrial hemp (and it's derivatives) became an overnight sensation with the wildly popular cannabidiol (CBD) and other cannabinoids of hemp becoming household names. As experts in the field of Delta-8 THC Cannabinoids, we wanted to share a perspective on what is acceptable according to state law.

Delta 8-THC Laws are still a relatively new subject area, and some states are outlawing these types of minor cannabinoids entirely. When the 2018 Farm Bill was signed into law, it specifically instructed to monitor the delta-9 tetrahydrocannabinol concentration (Delta-9 THC) to .3% as measured on a dry weight basis. Industrial hemp plants produce other psychoactive cannabinoids, but the government decided to monitor strictly the Delta-9 THC levels of industrial hemp plants.

With Delta-8 THC being one of the isomers of hemp protected by the Farm Bill, and with such a similar chemical structure to it's cousin, Delta-9 THC, we look at what the law says about consuming Delta-8 THC in the State of Connecticut.

The state of Connecticut has updated its definition for hemp to include all cannabinoids and isomeric components which allow it to now also legalize hemp-based Delta-8 THC.

According to Public Act No. 19-3 (Substitute Senate Bill No. 893), it provides the following definitions:

"Hemp products" means products with a delta-a tetrahydrocannabinol concentration of not more than 0.3 percent on a dry weight basis derived from, or made by, the processing of hemp plants or hemp plant parts

According to state law, the Delta-9 THC level is the type of THC being monitored in the state. The law doesn't mention "Delta-8 THC" by name (nor otherwise) which means that Delta-8 THC limits are not a concern for the State of Connecticut.

The Public Act No. 19-3 Act's intention was to enable the growth of the state's industrial hemp program due to the recent passage of the federal 2018 Farm Bill signed by the president. The Farm Bill allows for commercial production and sale of hemp products in all 50 states as long as they are grown and manufactured according to federal regulations. Public Act No. 19-3 was signed by the Governor and became law on May 9, 2019.

The state's new industrial hemp program was announced following additional revisions to the program in 2020. Regarding testing, the State of Connecticut Department of Agriculture confirms, "Sampling and Testing for delta-9 THC," and no mention of Delta-8 THC is found in the document.

In reviewing the state's list of controlled substances, we see Connecticut provides the following definition:

“Marijuana” means all parts of any plant, or species of the genus cannabis or any infra specific taxon thereof, whether growing or not; the seeds thereof; the resin extracted from any part of the plant; and every compound, manufacture, salt, derivative, mixture, or preparation of such plant, its seeds or resin. Marijuana does not include the mature stalks of such plant, fiber produced from such stalks, oil or cake made from the seeds of such plant, any other compound, manufacture, salt, derivative, mixture or preparation of such mature stalks, except the resin extracted therefrom, fiber, oil, or cake, the sterilized seed of such plant which is incapable of germination, or hemp, as defined in 7 USC 1639o, as amended from time to time. Included are cannabinon, cannabinol or cannabidiol and chemical compounds which are similar to cannabinon, cannabinol or cannabidiol in chemical structure or which are similar thereto in physiological effect, and which show a like potential for abuse, which are controlled substances under this chapter unless derived from hemp

With Delta-8 THC being derived from hemp, local adults can freely partake in the joys of Delta-8 THC without concern. These changes to the controlled substances list took effect on May 9, 2019.

Buying and Shipping Delta 8 in Connecticut

Since Delta 8 THC is legal in the State of Connecticut, residents can shop for Delta 8 products with a shipping address located in the state.

Connecticuters are continuously showing support of Delta 8 and pushing towards better Hemp Laws in the state. Check out some of the standout organizations in Connecticut: 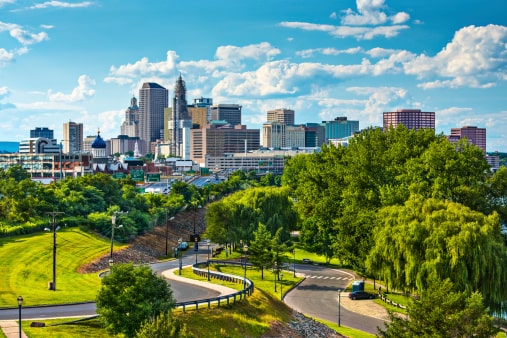 Work in more on where to buy delta 8 in ct, and delta 8 thc legal in ct the next time the page is updated.