In the State of New Jersey, Delta 8 THC is legal due to the 2018 US Farm Bill which made industrial hemp-derived products like CBD and Delta 8 THC federally legal. On the federal level, only industrial hemp containing more than 0.3 percent delta-9 tetrahydrocannabinol (THC) can be deemed illegal under current law. Let's take a look at what you need to know about buying and selling this product in New Jersey!

Yes, Delta 8 THC is legal in the State of New Jersey.

In New Jersey Delta 8 is allowed. The industrial hemp plant has had a checkered past, though, and it is only until recently that it has been able to stand on its own in the public-eye. One of the isomers of hemp is Delta-8 THC which is also a mildly-psychoactive hemp cannabinoid found in the industrial hemp plant. Since the beginning of regulatory efforts regarding hemp, the definition for hemp has changed both at the federal-level and state-level. Many decades ago, just the presence of hemp would be alerting to some as it is often likened to the federally illegal marijuana plant. However, progressive new rules across the nation have caused us to scrutinize the industrial hemp plant a bit more due to its numerous uses exclusively available only with this plant.

When it concerns effects in users, a growing interest seems to arise. "Will it get you high?" was the common question at new CBD Stores that popped-up after the president signed the 2018 Farm Bill which made industrial hemp legal across the nation. With CBD, the answer was "No, it won't get you high," however, it's a different story with tetrahydrocannabinol (THC) variations such as Delta-8.

So how do states deal with this new THC variation?

Some states, like New Jersey reference the federal guidelines as presented in the 2018 Farm Bill, which only limits the Delta-9 THC concentration while other states are more strict, and are considering users in possession of cannabis. Limitations on concentrations is a grey area for now so we must refer to the legislative documents in order to better understand the specific law and intent as it pertains to the legality of Delta-8 in the state.

In February 2021, Governor Murphy signed a bill into law which legalized cannabis use and possession of cannabis for adults over 21 years older in the State of New Jersey. But what about Delta-8?

“Federally defined THC level for hemp” means a delta-9 tetrahydrocannabinol concentration of not more than 0.3 percent on a dry weight basis for hemp or in a hemp product.

Going with the federally defined THC-level by referencing the 2018 Farm Bill means that the state is simply monitoring the Delta-9 THC levels and not the Delta-8 levels.

“Hemp” means the plant Cannabis sativa L. and any part of that plant, including the seeds of the plant and all derivatives, extracts, cannabinoids, isomers, acids, salts, and salts of isomers, whether growing or not, with a delta-9 tetrahydrocannabinol concentration of not more than 0.3 percent on a dry weight basis. Hemp and hemp-derived cannabinoids, including cannabidiol, shall be considered an agricultural commodity and not a controlled substance due to the presence of hemp or hemp-derived cannabinoids.

With the quote above, legislators are acknowledging that other hemp-derived cannabinoids such as cannabidiol (CBD) should not be considered a controlled substance under state law.

“Hemp product” means a finished product with a delta-9 tetrahydrocannabinol concentration of not more than 0.3 percent that is derived from or made by processing a hemp plant or plant part and prepared in a form available for commercial sale. The term includes cosmetics, personal care products, food intended for human or animal consumption, cloth, cordage, fiber, fuel, paint, paper, particleboard, plastics, and any product containing one or more hemp-derived cannabinoids such as cannabidiol. Hemp products shall not be considered controlled substances due to the presence of hemp or hemp-derived cannabinoids.

Finally, the state's definition of hemp products also matches the same methodology for monitoring: by reviewing the lab testing checks to ensure the product does not exceed the Delta-9 THC limit of .3%. Delta-8 THC is not in the documents.

To see why New Jersey is so progressive, let's take a look at how it all started with the state's Hemp Program. Soon after the passing of the 2018 Farm Bill, the New Jersey Industrial Hemp Pilot Program was established in November of 2018.

Among other aspects covered in the Act, it served for, "regulating the purchase, sale, and marketing of industrial hemp." In the Act, it also changed some of the language for what the state considers Schedule I controlled substances by adding an exception for industrial hemp.

Tetrahydrocannabinols, except when found in industrial hemp...

In February 2020, the Act was amended to provide more clarity, in which is states:

The primary federal requirement is to ensure that all hemp grown and processed maintains the appropriate delta-9 THC concentration limit of 0.3 percent on a dry weight basis.

Further, it defines THC as:

So despite the controversy surrounding the legality of Delta-8 in the State of New Jersey, the Hemp Act is clear about what it tests and how it determines THC-levels for the State's Hemp Program.

Considering the State now participates in both medical marijuana and recreational marijuana programs which are now legal in the state, the state's Hemp Program remains on the cutting edge for monitoring the legalities of cannabinoids at the state-level.

"Drugs" shall not mean industrial hemp...

"Marihuana" shall not mean industrial hemp...

Tetrahydrocannabinols, except when found in industrial hemp...

Meaning that as long as the hemp-derived products originate from industrial hemp, the user shall not be at risk of possessing a controlled substance.

With Delta 8 THC being legal in the State of New Jersey, now residents don't need to worry when it comes to buying Delta 8 products online or at store locations.

Legal hemp products come in many forms from Delta 8 THC Tinctures to edible cookies and everything in between. Hemp Derived Delta-8-THC is experiencing a boom in most markets as the enablement of commercial sale is expanding this relatively new hemp market. Before you buy, though, it's important to review some pertinent information about the product you're buying.

New Jerseyites are continuously supportive of Delta 8 and pushing for more progressive Hemp Laws in the state. Check out some of the standout organizations:

New Jersey Is ‘On The Verge’ Of Implementing Marijuana Legalization, Governor Says In State Of The State Speech

New Jersey Legalizes Marijuana, But Growing At Home Is Still A Felony 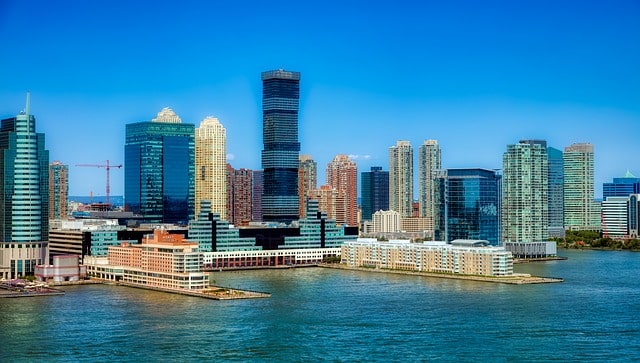 “Despite the passage of the ballot measure and its January 1st effective date, the drug remained illegal until Governor Murphy’s action to officially sign into law what New Jersey residents had long been waiting for."
- Aaron Pelley JDSupra.com

Work in more on where to buy delta 8 thc in nj, and delta 8 thc for sale nj the next time the page is updated.