Is Delta 8 THC Legal in Alaska?

The legalization of hemp-derived products like CBD and Delta 8 THC is a controversial issue. Some people believe that the 2018 Farm Bill made these substances legal, while others disagree. This article will explore whether or not Delta 8 THC is legal in Alaska.

Delta 8 THC has been federally legalized since the passing of the US Farm Bill which allows industrial hemp derived products like CBD and Delta 8 to be sold as long as they contain less than .3% of delta-9 tetrahydrocannabinol (Delta-9 THC). The legality of these products at a state level varies from state-to-state; however, according to current legislation, it does not seem that Delta 8 is legal in Alaska.

However, certain Delta-9 THC products are lawful.  So knowing Delta 9 is legal, what does the state law say about Delta 8?

No, Delta 8 THC is legal in the State of Alaska.

Delta 8 THC is not legal in Alaska. According to state law, Delta-8 is not legal in Alaska. Though, it is federally legalized because of the 2018 US Farm Bill which made industrial hemp derived products like CBD and Delta-8 THC legal (as long as delta-9 contents remain under the .30% threshold). The legality of these substances at a state level varies from state.

According to Sec. 7. AS 11.71.900(14) in the LAWS OF ALASKA, Delta-8 THC is a natural tetrahydrocannabinol (THC) which is considered a form of "marijuana" according to State Law.

Since the State of Alaska considers Delta-8 as a form of marijuana and generalizes all forms of THC as regulated by the state, Delta-8 THC can not be legally bought or sold in the State.

Even though Delta-8 is federally legal, it does not seem that the State of Alaska has any current legislation pertaining to this form of THC.

"'marijuana' means the seeds, and leaves... and natural or synthetic tetrahydrocannabinol.."

This means that since Tetrahydrocannabinol (THC) is found in all plants within the industrial hemp family, then Delta-8 can be considered a type of Marijuana as defined by Alaskan Law which would make its purchase or sale illegal under these regulations.

The Division of Agriculture with the State's Department of Natural Resources offers an Industrial Hemp Pilot Program. This program allows for the cultivation of industrial hemp that contains less than .3% Delta-9 tetrahydrocannabinol (Delta-9 THC) on privately owned land. The Division can issue a license to grow and handle industrial hemp if an applicant meets certain qualifications then the hemp plant is not illegal in Alaska.

The minor cannabinoid, Delta 9 THC, is regulated at the federal level which mandates that the delta-9 tetrahydrocannabinol concentration of hemp-derived products must be at .3% or below Delta 9 THC as measured on a dry weight basis. Many US States have followed the federal regulations as guidance for revisiting their State's cannabis laws, however, Alaska doesn't doesn't seem to be interested in legal Delta 8 THC.

Perhaps the state of Alaska still frowns on Delta 8 THC due to the psychoactive properties of hemp-derived Delta 8 THC or maybe lawmakers just like to still consider Delta 8 an illegal substance? Hemp-derived cannabinoids such as Delta-8 and CBD have long been federally legal, and as recently as 1/19/2021, the AMS from the USDA had announced their final rule on hemp stating (on page 89):

Delta-8 THC is unrelated to the 0.3 percent delta-9 THC limit…

The psychoactive cannabinoid, Delta 9 THC, is similar to the psychoactive effects of Delta 8 THC with some differences. The chemistry portion of tetrahydrocannabinols in hemp is constructed a bit differently between the two, as the double bonds are located in different places at the molecular-level. With this occurring naturally in the plant, the user is still able to achieve euphoric effects when taking Delta 8 THC while still managing their exposure to illegal Delta 9 THC up to the federal limit of .3% THC concentration.

This happens naturally and without “synthetically-derived” cannabinoids required. Since natural occurring cannabinoids come from the industrial hemp plant, there is no need to create these in a lab as the hemp's chemical formula along with the isomers of hemp, provide us with everything nature provides for producing the hemp extracts to serve the market.

Hemp production in the state of Alaska is stalled due to non-cooperation of governing officials not providing more favorable conditions for hemp farmers and Delta-8 producers in the state. Instead of following federal guidance, Alaskans are cut-off from the legal Delta-8 market. A hemp grower isn't going to profit from their harvest nor are hemp companies going to be able to serve the Alaskan market until more favorable conditions are provided by governing officials.

The cannabis plant has long been misunderstood and its mere existence has negatively affected the practical application for utilizing the derivatives of hemp in our society. The hemp industry has been trying to recover for years to overcome the stigma associated with the plant.

According to the Controlled Substances Drug Schedules for the State, marijuana (cannabis) is considered a Schedule I Drug and is illegal in the State of Alaska. However, industrial hemp-derived CBD products are still legal in the state with less than .3% Delta-9 THC.

Buying and Shipping Delta 8 in Alaska

Alaskans are continuously supportive of Delta 8 and pushing progress towards better Hemp Laws. Check out some of the standout organizations in the State:

The US hemp boom is over. What now?

Pot producers are pushing to clamp down on Delta-8 THC

Now that industrial hemp is legal, Alaska’s industry must follow the law 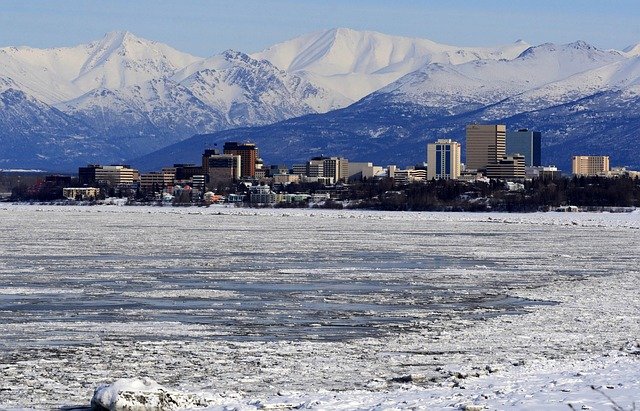